Do you have some really rusty metal that you want to paint but you think it may be a little too rusty, even for something like Hammerite? Well, that is where products like Kurust come in.

Hammerite Kurust is a brush on rust treatment that converts iron oxide (rust) to stable iron complexes. This can then be painted over, thus eliminating the rust. Or that’s how the theory goes anyway, there is only one real way to find out how well it works. So I hopped onto Amazon and bought a tub of the stuff, luckily I have tons of rusty metal lying around at the workshop so finding a test subject won’t be hard at all.

Hammerite Kurust, 250 ml
£8.89
Buy Now On Amazon
We earn a commission if you click this link and make a purchase at no additional cost to you. This helps fund the Bloke Cave and allows us to create epic projects! 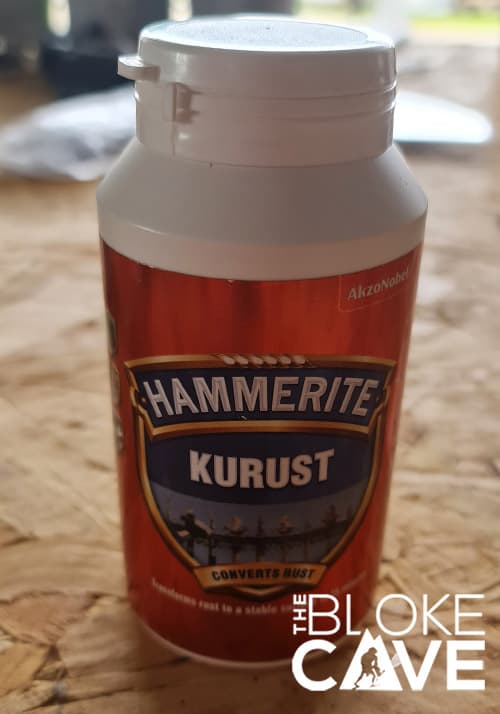 here’s my bottle of Kurust waiting to be used. The instructions from Hammerite state the following:

Let’s open the bottle up and see what this stuff looks like, I have never used it before so have no idea what’s inside. 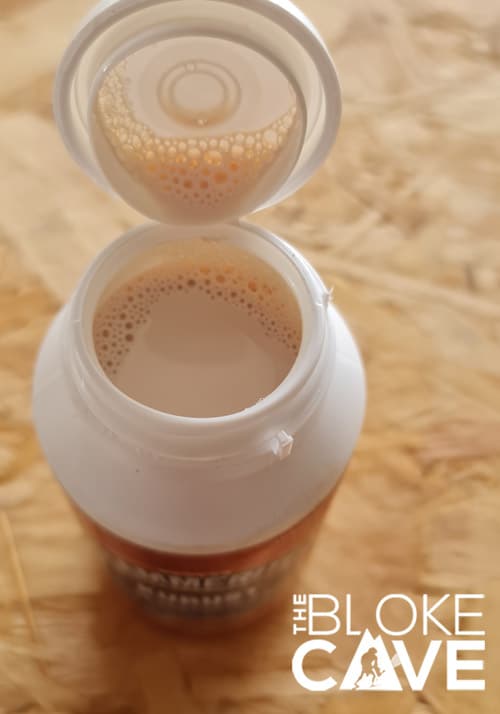 So that’s what Kurust looks like, almost a milky substance, I don’t know what I was expecting to be honest but here it is.

here is the rusty metal that I will be painting today. I have wire brushed it and cleaned it as instructed by Hammerite themseleves.

As you can see this is a really rusty piece of metal, so should be a really good test subject. 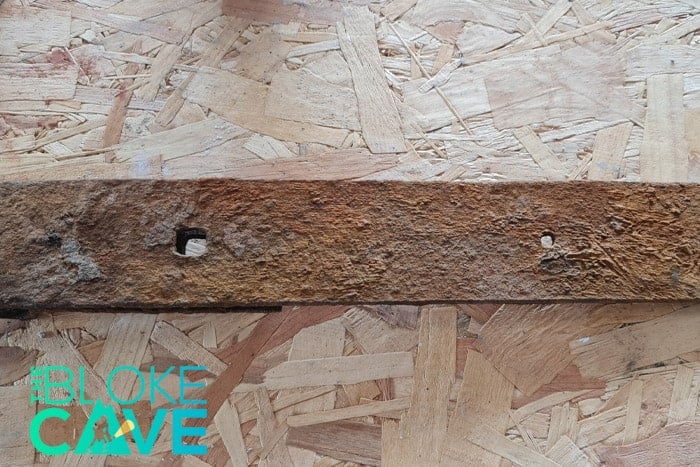 The first thing you need to do is pour some Kurust into a separate tub. You don’t want to put your brush in and out of the tub as any rust particles on your brush could end up ruining the entire tub.

So with that in mind, separate off a small amount, you don’t need much. I just used a paint kettle for this. 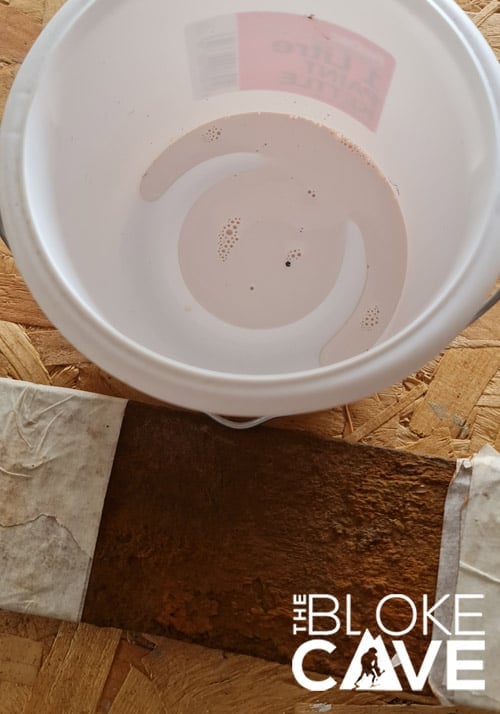 Ready to paint on

This stuff is really watery so be careful not to splash it everywhere when painting it on. 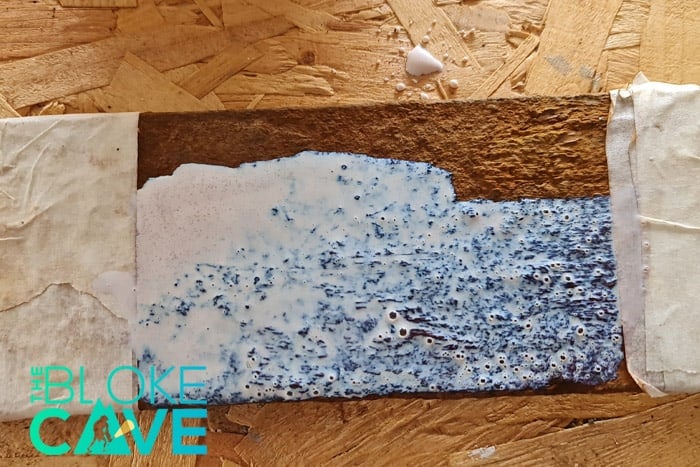 Starting to paint the kurust on 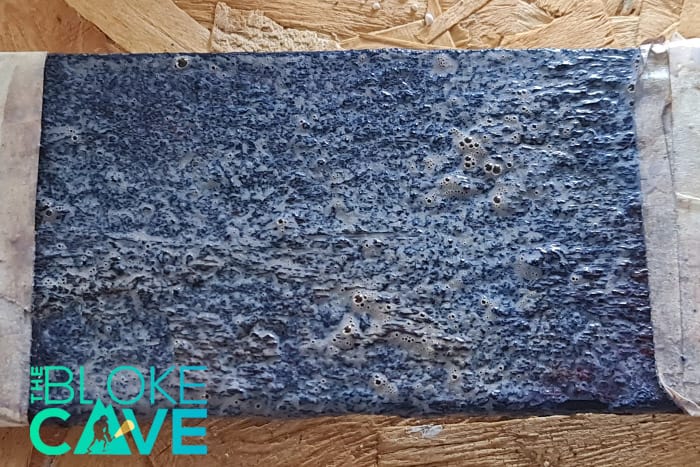 After a little While

Now that the Kurust has had time to work its magic the rust has transformed. It is now dark black and looks like a completely different surface. 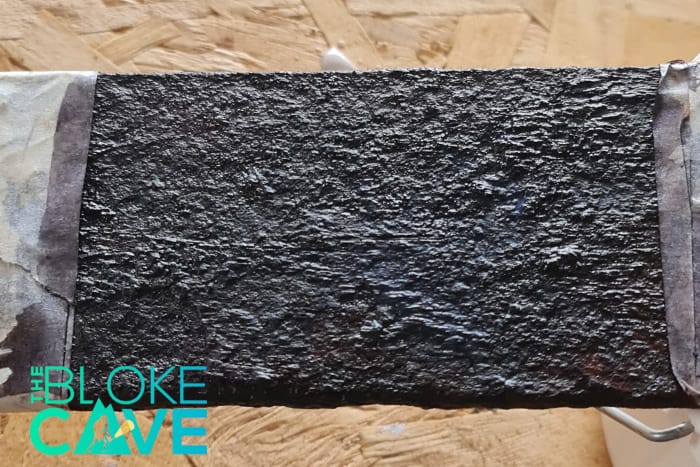 So now the Kurust has had time to work its magic it is time to paint over it. I just used some Hammerite smooth black paint for this. 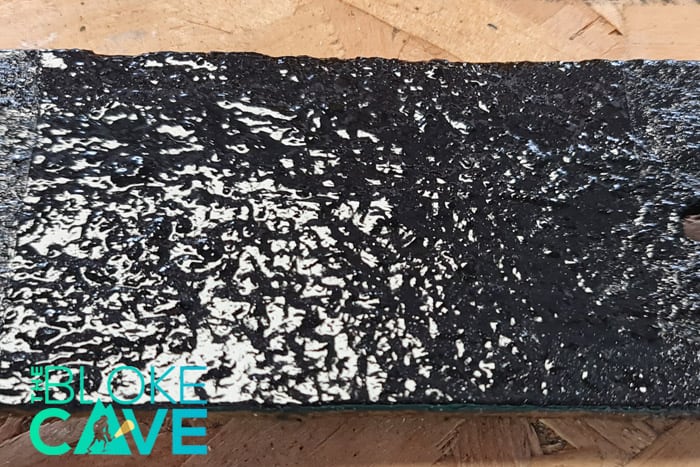 Painted Over With Hammerite Smooth Spray

The paint went on just fine. It has adhered well to the new Kurust surface, it does not chip or knock-off so a big thumbs up there.

The Kurust has definitely transformed the rust and turned it into a really solid surface for painting on.

I have now moved this sample outside so I can see if the rust comes back, or if the Kurust has killed it off for good. So make sure you check back soon for an update. 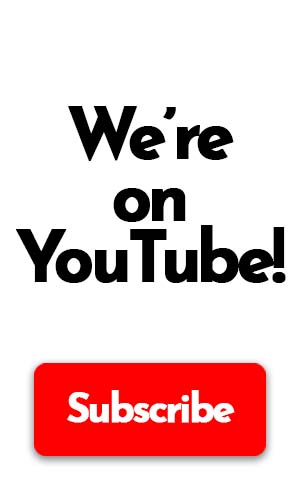