Can You Use Hammerite On Concrete?

Yes, you can. My testing showed that Hammerite both covers and adheres well to concrete. The paint works well when covering concrete and doesn’t chip or flake.

There is obviously one simple way to test whether or not you can paint Hammerite on concrete and that is as simple as you may think, paint some damn concrete with Hammerite! So that’s exactly what I did, I grabbed a concrete block, a tin of Hammerite and a selection of other paints to also test. 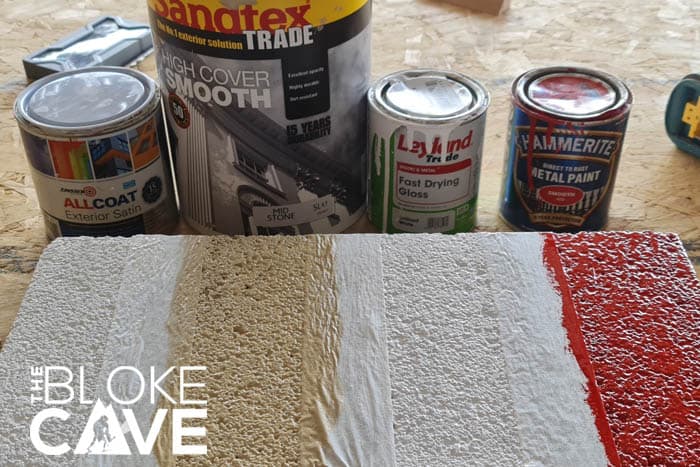 All of the paints I tested on concrete

I then painted the concrete block, making note of how well the Hammerite coated the concrete. I then allowed the paint to fully cure before testing its adhesion. After this test was done I moved the sample out into the elements so it could be tested against mother nature herself.

The Hammerite was incredibly easy to apply to the concrete block. it covered really well and was a breeze to use on this medium. One of the big things the Hammerite had going for it was how thick it was, this made getting into all of the nooks and crannies on the block really easy. 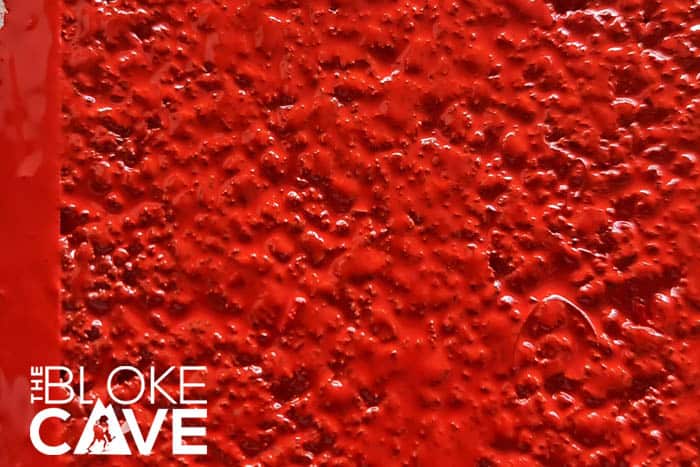 The red Hammerite on the concrete block

After painting the concrete I allowed the Hammerite plenty of time to cure up properly. Hammerite can take an age to be fully cured. Even if the outside shell looks hard and dry it can still be softer in the middle.

Because of this, I left the sample for two full weeks before attempting the adhesion test. 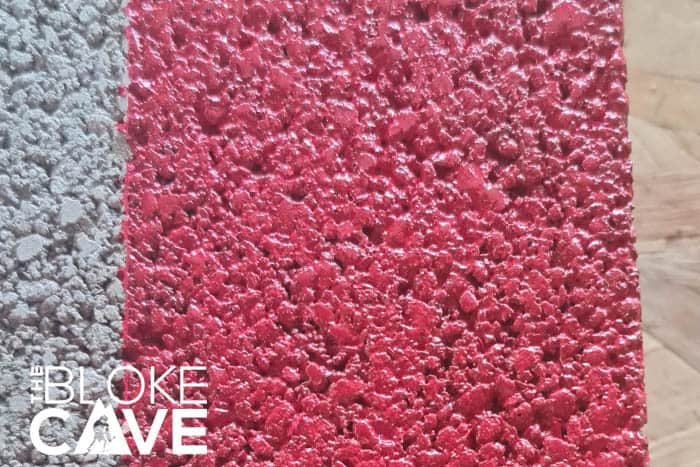 The dried Hammerite after the adhesion test

Now I moved the block outside into my sample pile which is left exposed to the elements. This will determine whether the Hammerite can stay stuck to the block even in British weather conditions. 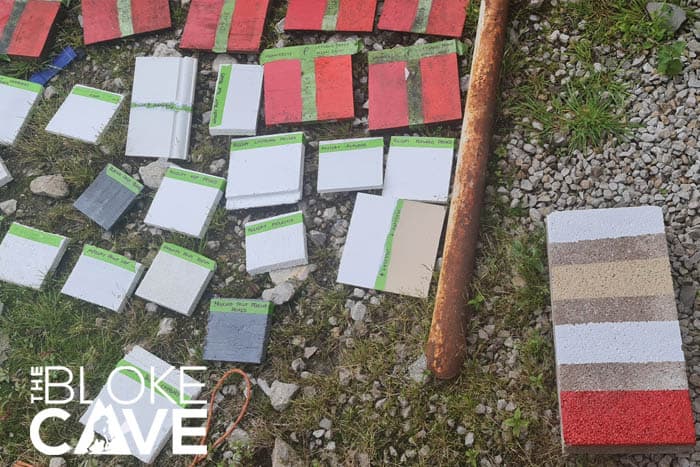 The concrete block outside in the sample pile

The block has only recently been moved outside so I don’t have an update for you yet, but check back soon to see how it’s getting on.