Postcrete is great for an easier way to set fencing posts, but what do you do if you have used too much water? Let’s have a look and find out. 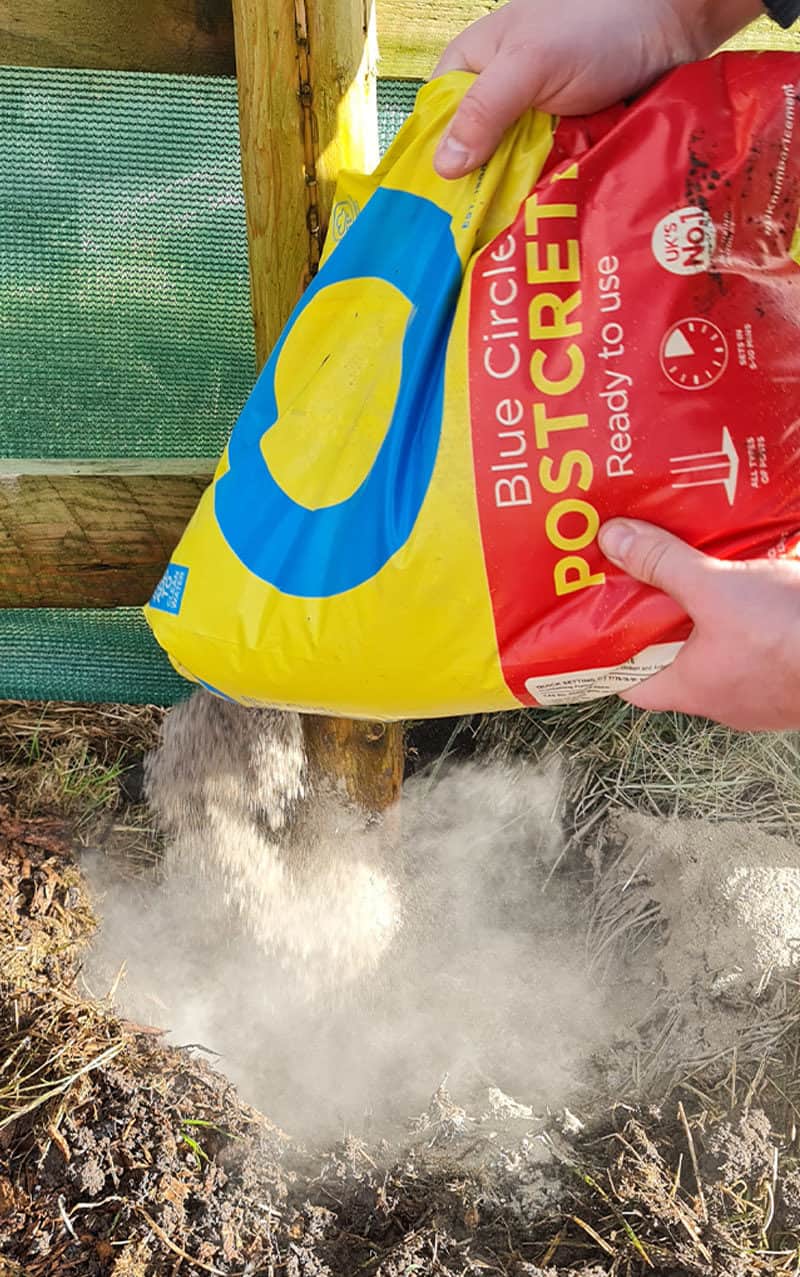 So you’ve used too much water with your postcrete mix, maybe you put too much in the hole to begin with or maybe you added a little bit too much to the mix. Either way, you’re now worried it’s not going to set, maybe it’s been a while already and your postcrete is still soft. Will it ever set?

The good news for you is yes, it will still set. it could just take a while. The reaction that sets concrete will still happen with extra water mixed in, it can even still harden underwater, it will just take longer.

The surface of the postcrete could also be soft to the touch while the centre has set rock hard so don’t always go by how it feels on the outside.

I would leave the postcrete for at least two weeks before deciding it hasn’t worked. If it still hasn’t set at this point then the postcrete you used might have gone off. Dig it out and start again with some fresh stuff, there isn’t much else you can do.

How do you use postcrete?

I have a full guide on this here: How to use postcrete but I will also provide a quick breakdown for those of you in a hurry below.

The obvious place to start is by digging your hole for your post.

Step 2 – Fill Your Hole One Third Full With Water

Now add some water to your hole. You want it roughly one-third full and with the water no longer draining away.

In the image, I’m using a bucket to represent the hole.

Now place your post into the hole, don’t worry about getting it perfectly straight just yet.

Now comes the time to add some postcrete, keep adding it until the postcrete comes just above the water level.

Use a long pole to mix up the postcrete a little. Just jab it up and down into the mix.

Now comes the time to get your post perfectly straight while the mix is still wet and moveable.

Step 7 – Keep the Post Straight As The Mix Sets 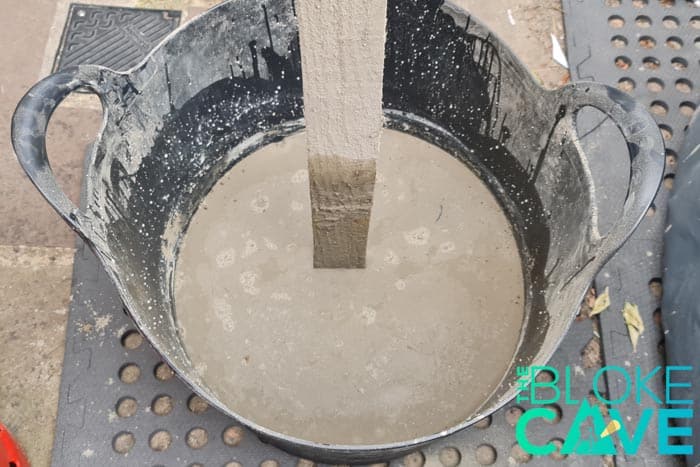 That’s all there is to it, your post is now set. The postcrete will continue to harden over the next few hours so don’t knock the post as it will still be liable to move a little.

Postcrete vs Concrete, what’s the difference?

again I have a full article on this, find it here: Postcrete vs Concrete

So what exactly is the difference between these two? Well the most obvious, and the one you will notice straight away, is how you use the two. Postcrete is much easier to use than concrete, no mixing is required, just chuck it in your post hole add some water and away you go.

No mixing is required with postcrete

When using postcrete all you have to do is add water to your post hole and then chuck the postcrete in. That’s it, no mixing at all. The postcrete will then proceed to set over 15-20 minutes from my experience.

Contrast this with concrete which you have to pre-mix and mix well before putting it anywhere and you can see that postcrete is much easier to use, when setting posts at least.

For concrete, you also need to order sand and ballast, then mix this in well to make concrete. You will also need a mixer if you are making a lot of concrete. You can use a bucket or even just the floor, but this can be slow or in the case of the floor, messy.
Concrete is stronger than postcrete however. Postcrete only sues very small gravel as ballast whereas in a concrete mix the size and amount of ballast are up to you. Using more ballast in a concrete mix can increase the overall strength of the set concrete.
Concrete made in bulk will also be a lot cheaper than postcrete. This doesn’t include the cost of a mixer or the extra labour involved with making your own concrete. So for just a few small holes postcrete will come out as the cheaper option. But for anything more, such as a full fence with plenty of posts it will be more cost-effective to mix your own concrete.

Want to learn more about postcrete? Luckily for you, we have lots of other information available.