This question can be answered from two completely different angles and I will give you the breakdown on both. People decorating their homes may want to know if they can go over the masking tape when painting and then there are also lots of people who use masking tapes in arts and crafts and want to know if it can be painted.

Can You Paint Over Masking Tape?

Yes, you can. Masking tape was created to be painted over when decorating and then later removed to leave clean, crisp lines. For crafters, it can also be painted over to create projects but is liable to cracking and flaking.

For decorating masking tape was created to be painted over and then removed. This allows even amateur painters to achieve really nice, clean lines. Not all masking tapes are created equal though and some will “leak” a lot more than others.

Leaking in this sense is letting paint seep underneath the tape, destroying your nice clean lines. So which tape is the best for decorators looking for as little bleeding as possible?

Well, luckily for you I did some testing on the top brands of masking tape to answer that question, let’s have a look at how they got on.

This test was simple enough, I painted over a load of different masking tapes before peeling back the tape. I then looked at how much paint had bled under the tape.

I then compared and contrasted this with lots of different brands to find out which masking tape blocks paint the best.

So up first we have Eurocell. This is a really cheap masking tape and is intended to show the cheaper, bog-standard masking tapes, the kind you would pick up in any bargain store.

You can see on both tests that there was a lot of leakage. On the top test, the paint has run down along the entire top of the tape, leading to a blurred edge.

Then on the second test, it was even worse, with large amounts of paint leaking under the glue. 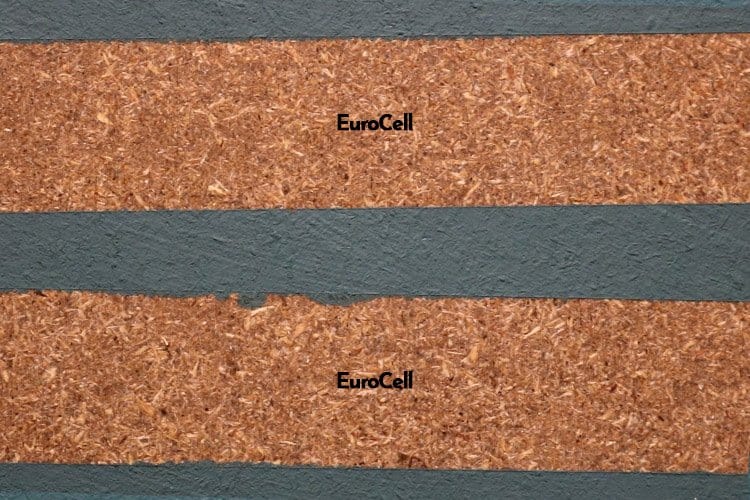 Now, this is a much more premium tape, although not the most expensive in our testing.

You can see how much better the prodec has fared when compared to the first masking tape we tested. There is much less leakage under the tape and it has left really nice sharp lines.

This is also a premium tape but it has not fared as well as the ProDec above.

There are clear areas where the paint has got under the tape. This is particularly apparent on the second test. 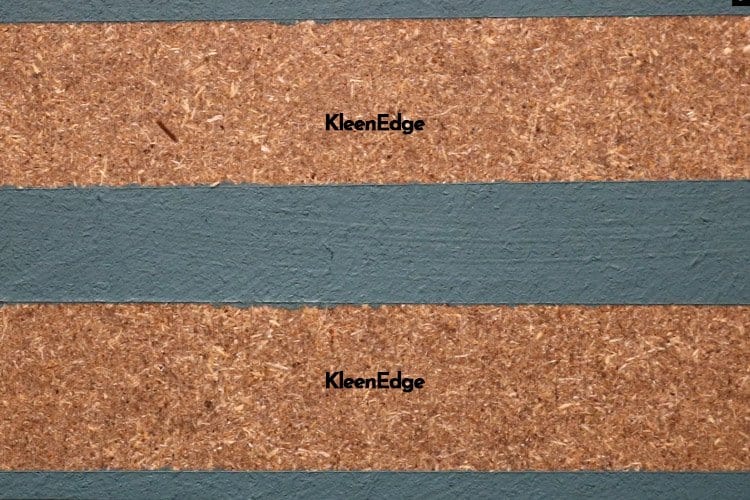 Frogtape is probably the most famous premium brand of masking tape there is. This stuff isn’t cheap, but as you can see it does work really well.

The yellow frogtape is for delicate surfaces, it is not as tacky as the regular green tape so shouldn’t damage the paint underneath it. We also tested this in our Does Masking Tape Peel Paint? article. 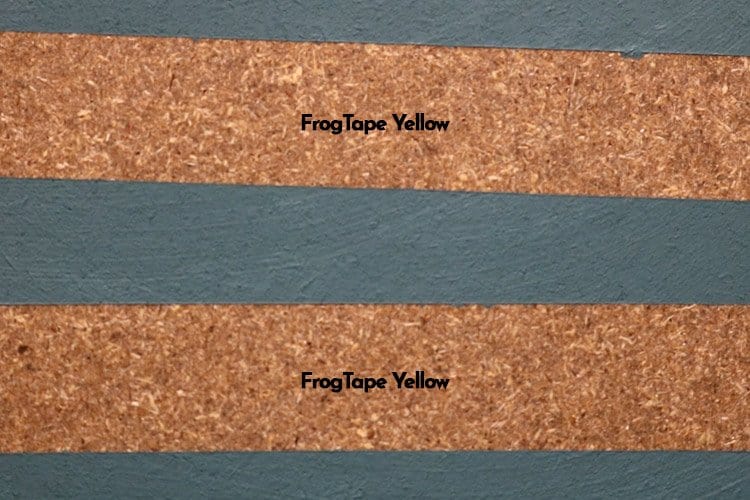 This is the standard frog tape. It did well and beat out a lot of the other tapes but I don’t feel like it did the best overall.

I think even the yellow frog tape beat it which is strange seen as though that is the low tack version and you would think it would fare worse here. 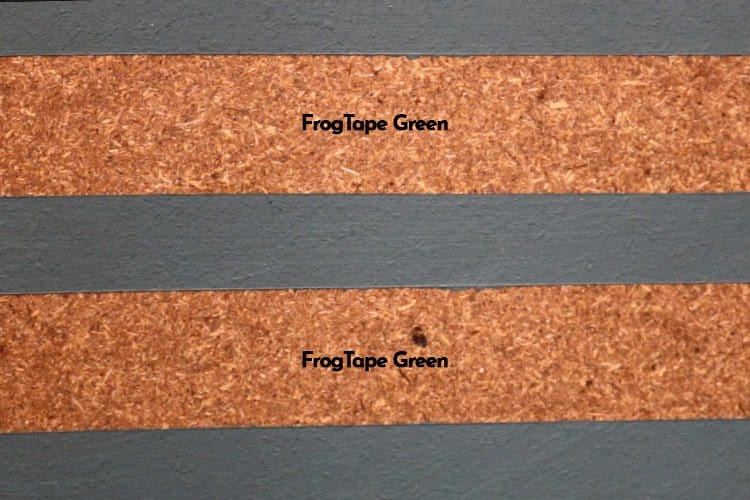 This is a midrange tape, meant to be a good middle between value and quality.

As you can see from the results though it didn’t perform that well at all, with quite a large bit of leakage on the first strip.

The second test came out a lot better but there was still obvious leakage. 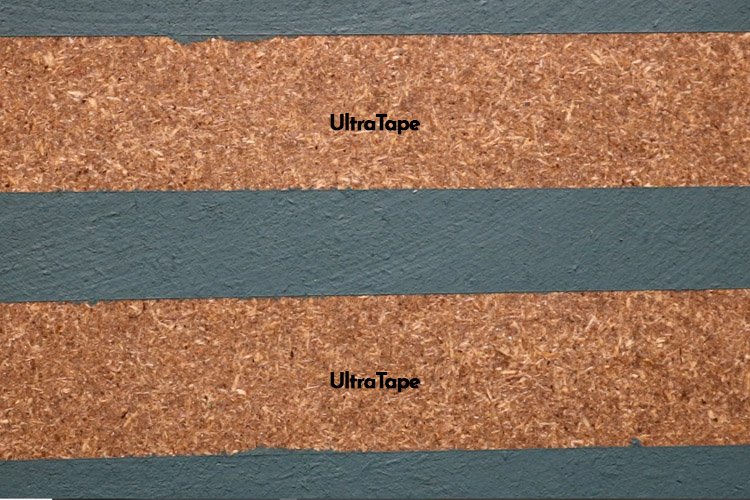 For the second part of our answer, we turn to crafters. Can you paint over masking tape as part of a craft project? Now this is obviously outside my wheelhouse as a humble tradesman but I will still try to answer it using my experience, I have painted over a lot of masking tape over the years.

Yes, you can but there could be a few issues. The first one is that masking tape tends to bubble up as the tape gets wet with paint. For this reason, you would have to be very careful not to apply too much paint when painting over the masking tape.

Then there is the problem of cracking or peeling. Because masking tape is a flexible item the paint tends to crack when it moves. This may or may not be an issue for you depending on what your intended use is.

And finally, we have the problem of colour. The modern masking tapes all seem to come in fancy colours now, rather than the plain old white. Most of the tapes that are white tend to be the cheaper tapes. This could be a good thing as you will get better value for money but these tapes also tend to bubble up easier than the more expensive tapes.