Methylated spirits are a popular cleaning product, and they evaporate away. So because of this, you may well be tempted to use them on glass or clear plastic. But do Methylated Spirits leave a residue behind after use?

Well, there is one way to find out for certain, do some cleaning with some Methylated Spirit and see if any residue is left behind!

Cleaning a Window With Methylated Spirits

So let’s start by cleaning this window, this should allow me to see any residue left behind if there is any at all.

This window has plenty of greasy handprints on it. I have a toddler so no window is safe from these handprints!

The Methylated Spirits should be good at removing these prints as they are an excellent degreaser, but will they leave anything behind?

As you can see the spirits have done a really good job of cleaning the window, but there is actually some residue left behind.

On the photos though it is really hard to see this residue. So I decided to test it on something else that I could hopefully show the residue on easier. So in steps my computer case.

So this is the case window, as you can see it is absolutely filthy, probably about time I gave this PC a good clean it seems.

I think this should let me photograph the residue easier as I can move it around and get the light perfect.

First things first the Methylated Spirits did an excellent job of cleaning the case. But, as you can see, they left a residue behind. You can see the swirls left behind after the spirit had evaporated away.

So while Methylated Spirit is a great cleaner it does leave a residue behind as I have shown in the photos above.

Hey, I'm Dan, I studied computer science with artificial intelligence at Loughborough University. I try to bring my tech knowledge to the posts where it is needed while also offering a DIY view to go with Sam's professional view on tools. I am a very keen DIY'er and have experience of doing everything the completely wrong way. 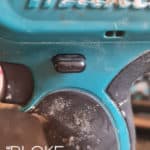 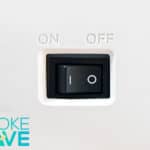 On and Off Switch Symbol, Which is Which?