We are here to answer the age-old question, Should you buy non-genuine drill batteries? Yes or No
I have shamelessly bought non-genuine batteries for my Makita drills in the past, going back about 4 or 5 years. I did manage to get some use out of them, however, I did encounter problems, so I gave up and promised myself never again. I went crawling back to Makita with my tail between my legs and have used genuine batteries for my joinery work ever since.

More recently, as my arsenal of cordless tools has increased, I have once again been tempted to go back to see if this is still the case. The Makita battery format has remained unchanged for about a decade, so I wondered if the replacement battery manufacturers had managed to up their game and produce anything that rivals the genuine Makita batteries. I had to know once and for all if I should give up on non-genuine batteries forever and stick to the real thing. 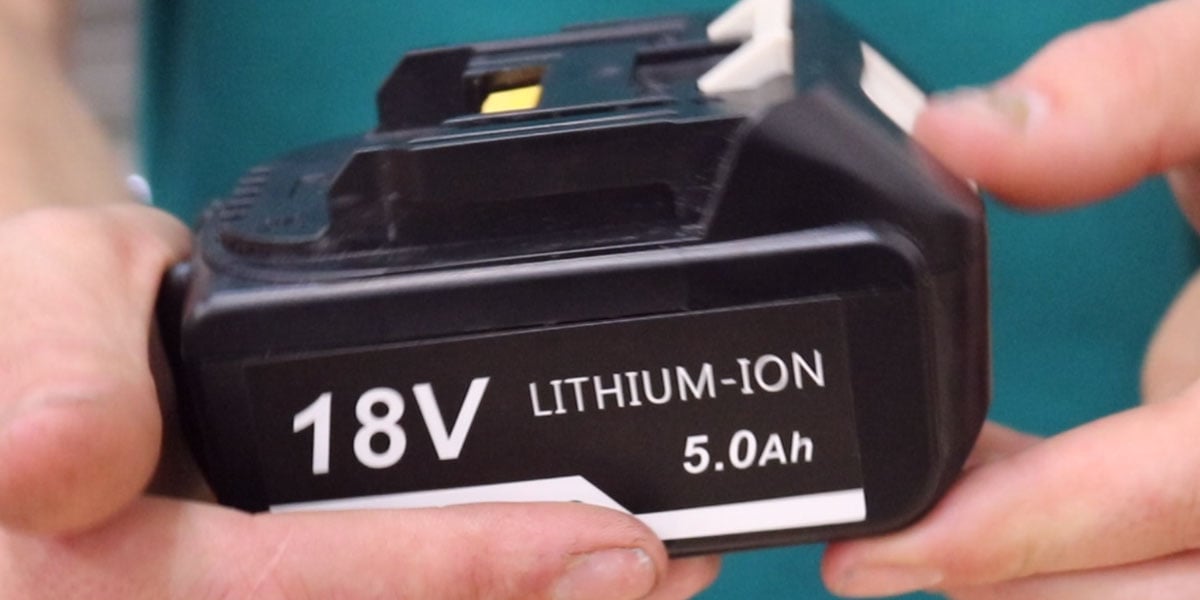 Buy Now On Amazon
We earn a commission if you click this link and make a purchase at no additional cost to you. This helps fund the Bloke Cave and allows us to create epic projects!

I decided to get 3 of the most popular Makita replacement batteries on amazon and put them to the test, the only way I know how…..by screwing things!!

One of my main concerns before doing this test was that the batteries may not register in the Makita charging stations. This is the problem I had with my Makita replacement battery first time round.

To test out the batteries performance we did a real world test, we did not connect the batteries up to some complicated volt meter to monitor the rate of discharge. We did a proper good old-fashioned Screw test. To prevent the drill motors from burning out we used 3 professional Makita 18v cordless drills.

We laminated 4 lengths of 3×2 together buy gluing and clamping them, to give us an 8” x 3” beam to work with. We then found the largest screws, in my screw box which turned out to be Pz3 6.0 x 150mm screws.  We filled the new 8” x 3” beam with 4mm pilot holes, all drilled to the same depth and spaced out evenly. This was to help us set up the screws in the wood, we then finger tightened all the screws we had into the wood, just so they would stay upright.

We would be able to work out just how many screws could be put in and removed on a single charge of the battery, we would also be using the genuine Makita battery as a baseline for this experiment.

Once this was all set up we began our test………….

First in best dressed is the VANON

The Vanon seemed to perform well but as this was the first battery up for test we had nothing to compare it against. It managed to put 24.5 screws in. It seemed like a solid start and felt fine to use, but it was nothing compared to what was to come. 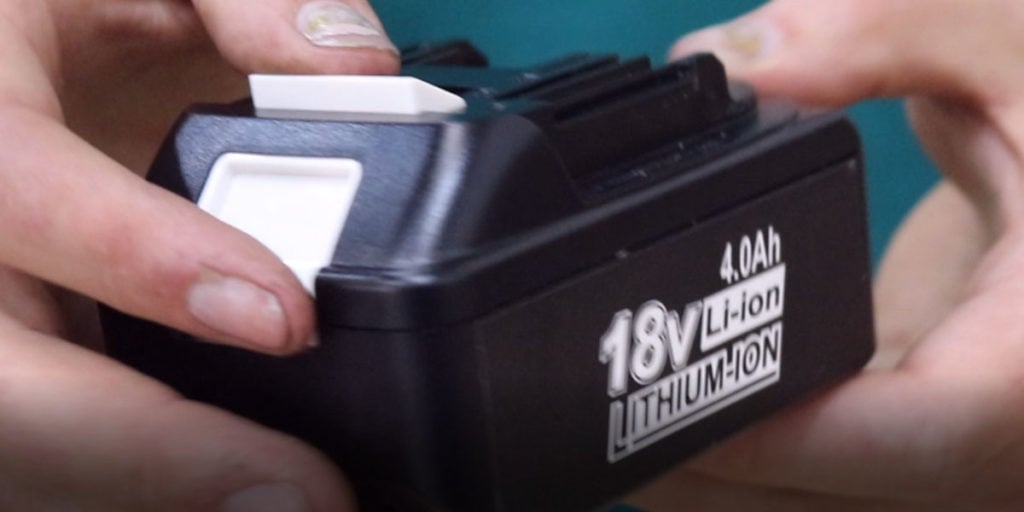 The second was the WAITLEY

This battery performed even better than the Vanon. It performed so well in fact that we needed to start removing screws using the battery just to get it to run out of juice. It sent a total of 66 screws home and extracted 42.

Thirdly was the Unbranded (TOPBATT)

Due to the lack of visible brandage, I had this battery down as a marked outsider in the competition, but it astounded us buy romping home 78 screws and removing 62 screws. To smash its rivals and finish top out of all the reproduction batteries by a considerable margin.

Buy Now On Amazon
We earn a commission if you click this link and make a purchase at no additional cost to you. This helps fund the Bloke Cave and allows us to create epic projects! 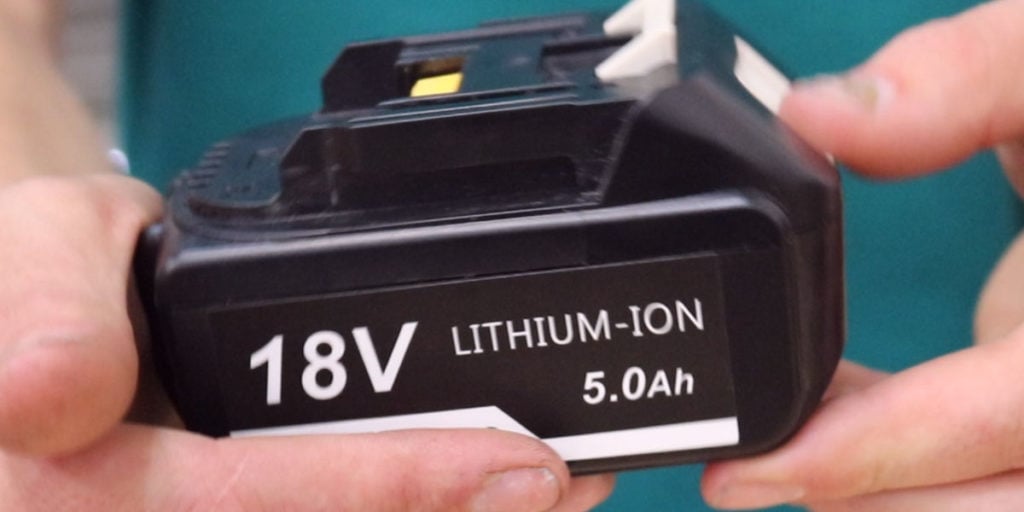 Finally, The Grand-daddy the benchmark the original and the best the Makita 5amp battery

For this test, we used a Makita 5amp battery that has been in my van for 6 months and has been used daily. We decided to give the Makita a handy cap, but also it was the only battery we had to hand. So we thought it would be interesting to see how it performed in our tests.

The original Makita battery still came out on top and sent 79 screws packing and managed to extract 78 screws. This was despite being 6 months old, still proving its dominance at the top of the tree. 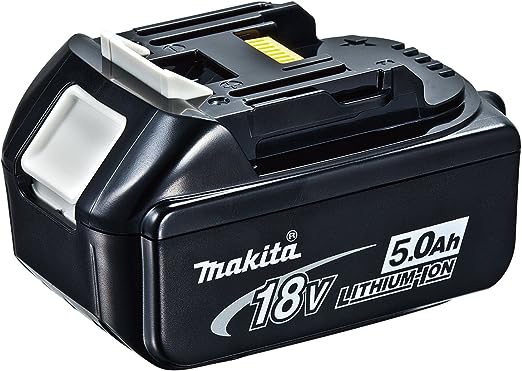 Makita 5.0Ah Battery
£72.70
Buy Now On Amazon
We earn a commission if you click this link and make a purchase at no additional cost to you. This helps fund the Bloke Cave and allows us to create epic projects!

If you want to opt for a non-genuine battery go for the unbranded (TOPBATT). It held up just as well as the genuine Makita battery on our simple yet effective screw test. This battery is perfect for the DIY’er or the thrifty tradie. I would be more than happy to have this battery in the back of my van, in fact it might accidentally end up in there by mistake!

If you are a professional or want the extra security of knowing your batteries will perform well for a number of years then go pro, and choose the genuine Makita batteries. I have Genuine Makita batteries in my van, ranging from 3amp to 5amp, that I have used on an almost daily basis for 5 years and are still going strong.

As a basic Diyer, I am a thinking of purchasing a Makita and as most come as a body only I wanted to find out if the cheaper replacement batteries were as good as the original. I find your article extemely helpful. Thank you.